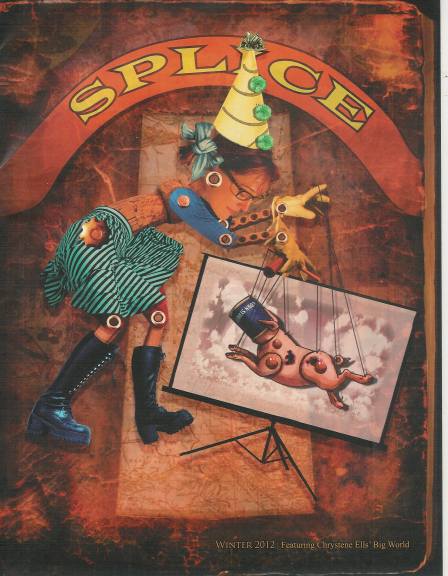 On December 3rd, 2010 our film La Maniere Que Nous Disons Au Revoir “The Way We Say Goodbye” was an official selection at the SASKATCHEWAN FILMPOOL COOPERATIVE film festival and screened as part of the international film festival the Godard Project in Regina, Canada.  Rory and I were thrilled to learn that our film was part of a special group of filmmakers from around the world.  In celebration of the life, art and films of Mr. Jean-Luc Godard, to coincide with his 80th birthday, these original films created in the fashion of the French New Wave premiered at the RPL Film Theatre in Regina, Saskatchewan Canada.  Rory originally posted about the festival and you can read about it here.  You can also find a Vimeo channel entry dedicated to the film where I’ve posted the trailer and other production details.

The following is an excerpt from the Filmpool’s bi-annual magazine “Splice” that reflects critical and artistic views of residents of Saskatchewan and special features related to happenings, film news and more.  The festival received a special feature article about the Godard project that includes generous coverage about Rory and our film.

Splice Magazine: A Filmpool publication since 1977

“..Rory Dean’s tribute to Godard does an excellent job in emulating Raoul Coutard’s signature camera angles from behind the characters, indoor panoramas and plain-air portraits, like the ones framing a beautiful girl on the beach through the lens of Eddie’s camera. What makes this film truly Godardian, however, is the postproduction intervention in its black and white colour regime (amounting to what the director calls a “whimsical palate”) and in its sound design. It is its dubbing in formal French, articulated with deliberate indifference which, when juxtaposed with its otherwise simple narrative, creates a third meaning of unexpected existential dimensions and psychological sophistication.”

The full article in Splice Magazine is available on the Filmpool’s website.

The article was written by prominent film historian, professor at University of Regina and member Fédération Internationale de la Presse Cinématographique, Christina Stojanova.  She is widely recognized for her work in cultural  semiotics and historical representation in Canadian multi-cultural cinema, the cinema of Québec, Central and Eastern European cinema, and inter-war German cinema.  Her theoretical approaches include theories of propaganda and persuasion, gender and psychoanalysis, genre and narrative as well as comparative cultural theories. Her current projects include a book on Socialist Realism in cinema and a book on Canadian animator Caroline Leaf.  As a member of Fédération Internationale de la Presse Cinématographique, she regularly sits on juries of international film festivals. 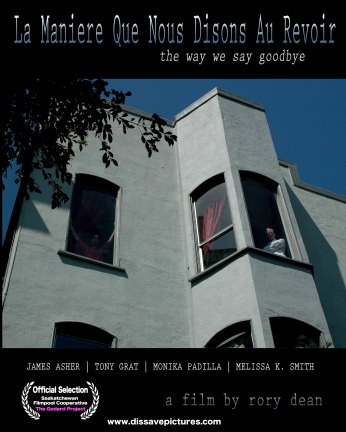 Rory wrote and directed the first version of this short film, The Way We Say Goodbye in 2006 while attending the Academy of Art University with a handful of like-minded and passionate filmmakers on a minuscule budget and short production schedule. One of our actors literally wrapped shooting in Emeryville, California and rushed off to catch a flight to Los Angeles for another production. When funding fell through we were forced to move on to other projects but kept this film close to heart with the intention of revisiting it.

In 2010 Rory learned through industry contacts of the Saskatchewan Filmpool Cooperative in Canada and a festival to be held in honor of French auteur and principal architect of the Nouvelle Vague or “French New Wave” Jean-Luc Godard. Of course you know Mr. Godard and his contemporaries would go on to influence and affect the experimentation with cinematic language, theory and execution to this very day. 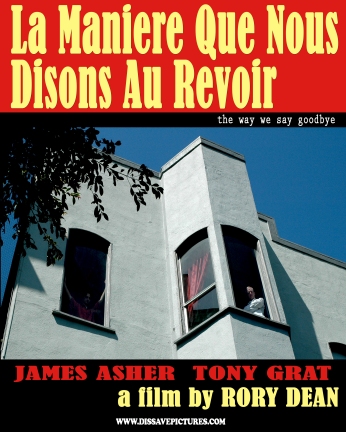 Our new film, La Maniere Que Nous Disons Au Revoir “The Way We Say Goodbye” en francais, is a re-imagining of the original short film and embraces many of the techniques and sense of play employed by Godard, Truffaut and others and it’s in this fashion that we’ve created this new film. It is not completely different but much more intention was placed on story and character while bringing what was originally subtle to the forefront – a theme Rory would argue is all too remiss in conversations about love, life, and relationships in this era.

The film was shot in English, later dubbed in French and English subtitles were added. Additional sound design, color correction and editing choices were additionally explored.

TRT: 9min18seconds
Black & White with a selective and at times whimsical palate.

“The Way We Say Goodbye”

We are Regina’s news, arts, and entertainment magazine. Since 1993 prairie dog has been the essential guide to city living in Regina. Independent and locally owned, prairie dog is the only print alternative to the Post media Network owned daily Leader Post and their Sunday shopper, The Regina Sun.

From The Everywhere – Artful explorations by and about Melissa K. Smith

Melissa K. Smith is a California Bay Area native and pursued an early interest in fine art with study locally and abroad. She completed two undergraduate degrees in fine art and a Master’s degree from John F. Kennedy University in Berkeley in 2004. She is also an accomplished photographer and shares many film credits with her husband in a variety of positions on their films and the films of others from storyboards to stills and producing. She was an integral part of the production of the featurette Once Beautiful Past and continues a variety of pursuits in art, publishing, and photography.
View all posts by bleuravyn →
This entry was posted in Essays on art, Essays on Film, Guest Editors, Movie Makers & Shakers, On DVD, Online, philosophy and film and tagged 2010 movies, 80th birthday celebration, Bay Area, black & white cinematography, dissave pictures, experimental, filmpool collective, independent films, jean-luc godard, melissa k. smith, rory dean, San Francisco, saskatchewan film festival, short subject, splice magazine. Bookmark the permalink.